Something strange is afoot in the quiet mountain town of Silver City, and junior reporter Kristin Freeman intends to find out what. With the help of her psychic-in-training sidekick and the cutest bartender in town, she’s hot on the trail. But staying out of trouble has never been her strong suit…

Disasters! One after another!

… and Kris goes undercover to investigate.

Returning to town hoping to rekindle romance, Kris gets sidetracked by the cafe’s calamities. People are saying the place is cursed — could it be? Kris is determined to find the truth, but in spite of her efforts, a woman soon lies dead.

Get a Free Mystery

PREQUEL NOVELLA
See how it all began…

… and he’s the most infuriating partner ever!

He swept her into this investigation, and now they’re hot on the trail.

A masterpiece went missing. The crime was never solved. In the rarefied world of priceless paintings and wealthy collectors, the mastermind got away scot-free.

Rafe pulled her into this.

Kris knows she should get out now, before it’s too late. She’s inexperienced, out of her depth, and facing an impossible decision. And why won’t he tell her the truth for a change?

Her next step could change her life…

You’ll love this cozy mystery because spunky sleuths with provocative partners are so much fun.

More in the Series

A crime wave is rocking the town … Could the stars be behind it?

Kris thinks horoscopes are to blame.

When she and Rosa discover their new astrology column is linked to a string of attacks, they know sun signs are the key, but the cops won’t believe it. The two hatch an ingenious plan to stop the villain. But when Kris becomes a target herself, she knows the killer is onto her.

It’s just a little wooden angel… or is it?

Kris is sure it’s the key to a murder.

Thrilled by her new journalist gig, Kris’s first story blows up when a source turns up dead. Now she’s after the big scoop, even when her boss says to drop it. Aided by the most eligible bartender in town and a sidekick who talks to ghosts, she follows a trail that leads to the past… 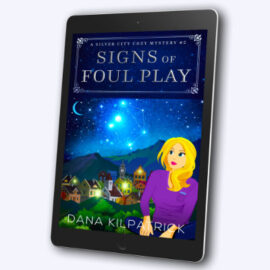 I’m excited to get the next book in the Silver City Cozy Mysteries series out this month! Signs of Foul Play is now available, and Kris continues her crime-solving efforts in this small... READ MORE 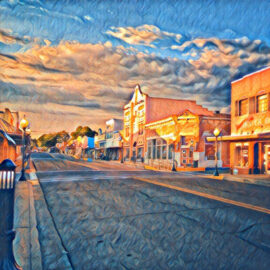 And back to Silver City, New Mexico! 🚐😎 At about 6,000 feet elevation, it’s considerably cooler than the places I’ve been hanging out. But now that spring is here and April has rolled... READ MORE 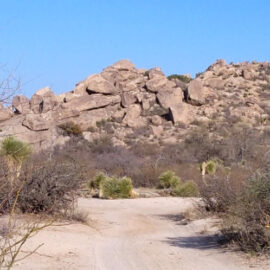 I’m still camping out in the desert southwest, enjoying the sunshine and staying warm. 🌵☀️ That is, of course, the biggest advantage to living in an RV. It’s easy to travel with the... READ MORE 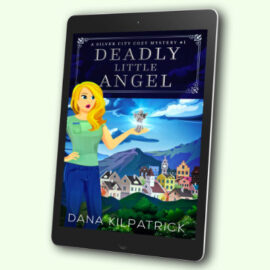 I’ve been camped out in the Arizona desert and on the beach in Mexico, watching with horror this month’s weather reports of winter storms hitting the rest of the country. ⛄️ I’m planning... READ MORE